You Are Here Home Travel Best Winter Treks in India

If You Enjoy Chasing Snow And Getting Sunburned. If you’ve trekked on a snow-clad peak, you’ll remember the vast expanse of white cover with two feet high snow cover touching your knees and marking your footsteps over the incredible nothingness.

The Har Ki Dun trail revises Indian mythology by taking trekkers along the path taken by the Pandavas on their way to heaven. Trekkers follow the Supin River to the Har Ki Dun valley, passing through ancient Himalayan villages that have been inhabited for over 3,000 years. The stunning views of the Swargarohini peaks – I, II, III, Bandarpoonch, Black peak, and Ruinsara add to the allure of this trail.

The Sandakphu Phalut trail follows a scenic route that crosses into India and Nepal. At a distance, the renowned Himalayan peaks of Makalu, Everest, and Lhotse can be seen. The view of the Sleeping Buddha on a horizon is completed by the overwhelming presence of Kanchenjunga in the distance.

The Kuari Pass trek is located in the Nanda Devi Biosphere Reserve and the magical route takes you through the scenic views of the Garhwal bugyals (meadows) and is one of the region’s most popular treks. India’s most well-known winter treks The stunning campsites on this trek include Gorson, Chitrakantha, and Khullara, which serve as the trek’s main attractions. Learn about the history of the name Kuari Pass by watching this video.

Brahmatal is unique on this list because it is one of the few accessible winter treks in India during January and February. Scarlet and pink rhododendrons bloom along the trail in April and March. Trekkers can get the best view of Mt Trishul and Nanda Ghunti from the Brahmatal summit.

If the idea of snow trekking appeals to you, Kedarkantha is a safe bet. From December to April, the trail that begins in Sankri is usually covered in fresh winter snow and can accommodate even the most ardent procrastinator. You gain nearly 2000 feet per day, and the stunning campsites along the way, such as Juda Ka Talab, add to the allure of being on this trail.

The Nag Tibba Trek is an excellent first-time trek. The trail allows you to reach the highest peak (9915 ft) in the Nag Tibba Range. The breathtaking views from the peak of Bandarpooch Peak, Gangotri Peaks, Kedarnath Peak, Doon Valley, and Chanabang inspire every trekker to begin their love affair with the mountains.

If you’ve read this far and are beginning to wonder if hiking is for you, give the Parashar Lake trek a try. The lake in Himachal Pradesh’s Mandi district is also ideal for a family trek. The short trek provides a breathtaking 360-degree view of the Kullu Valley, and the Parashar Temple on the hilltop is a one-of-a-kind piece of Himachali architecture.

The Chadar trek is all about endurance and learning to survive in the intense terrains at sub-zero temperatures, interacting with the locals and comprehending their way of living, particularly in one of the most inhabitable regions in the world, while you trek across a dramatic valley with frozen waterfalls on the frozen passage of Zanskar spanned out like a “Chadar” it acts as a reflector for the sky. The crude thrill of sleeping in caves, musing over blazing bonfires in freezing temperatures with a constant sense of danger, yet surviving it all. Mostly, travellers visit in December. 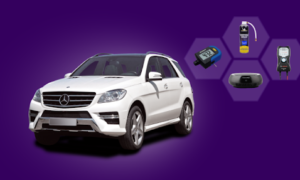 Equipment You Need for or a Safe Road Journey 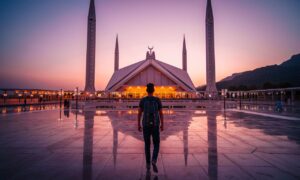 The Best Place to Visit In Islamabad 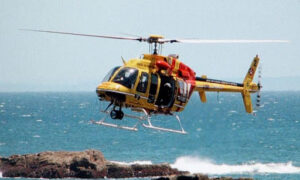 Helicopter ride in mumbai: Everything to know 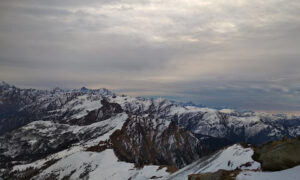 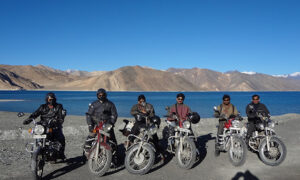